How can she become a new version of herself when she’s married to her past?

After two of his buddies found love through the military’s matchmaking program, Lucas Craiger decides to give it a shot. He’s not necessarily looking for love, just companionship and a kind, reliable stepmom for his young son. When he’s assigned to his high school sweetheart who shattered his heart, his plan for an uncomplicated relationship becomes acutely complicated.

Riley Thompson signed up for the matchmaking program because she needs a fresh start-and the health insurance. She desperately wants to build a life with a man where her autoimmune disease doesn’t define her and she can prove herself. But being matched with Lucas isn’t the new beginning she wanted. He’s the love of her life she let go when she was first diagnosed.

Lucas is determined to make the most of this second chance with Riley, but when his custody battle heats up, his new marriage isn’t the only relationship in jeopardy. 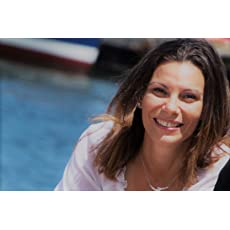 Paris Wynters writes love stories that celebrate our diverse world. She is the author of the Navy Seals of Little Creek and Three Keys Ranch series. When not writing, Paris can be found assisting with disasters and helping to find missing people as a Search and Rescue K-9 handler. Paris resides on Long Island in New York along with her family. For fun, Paris enjoys video games, hockey, and diving into new experiences like flying planes. She is also a graduate of Loyola University Chicago.

Newer The Literary Roles of Kerry Washington
Back to list
Older AtSite.Store | Somewhere In Between by Dawn Hosmer