It’s the opening weekend of deer season in Gunthrum, Nebraska, in 1985, and Alma Costagan’s intellectually disabled farmhand, Hal Bullard, has gone hunting with some of the locals, leaving her in a huff. That same weekend, a teenage girl goes missing, and Hal returns with a flimsy story about the blood in his truck and a dent near the headlight. When the situation escalates from that of a missing girl to something more sinister, Alma and her husband are forced to confront what Hal might be capable of, as rumors fly and townspeople see Hal’s violent past in a new light.

A drama about the complicated relationships connecting the residents of a small-town farming community, Deer Season explores troubling questions about how far people will go to safeguard the ones they love and what it means to be a family. 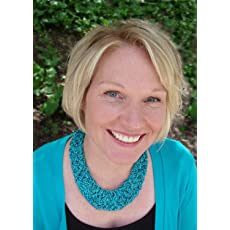 Erin Flanagan is a professor at Wright State University. She is the author of two short story collections, The Usual Mistakes (Nebraska, 2005) and It’s Not Going to Kill You, and Other Stories(Bison Books, 2013).

Monday, August 23rd: Diary of a Stay at Home Mom