About The Bennet Women

In this delightfully modern spin on Pride and Prejudice, love is a goal, marriage is a distant option, and self-discovery is a sure thing.

Welcome to Bennet House, the only all-women’s dorm at prestigious Longbourn University, home to three close friends who are about to have an eventful year. EJ is an ambitious Black engineering student. Her best friend, Jamie, is a newly out trans woman studying French and theatre. Tessa is a Filipina astronomy major with guy trouble. For them, Bennet House is more than a residence?it’s an oasis of feminism, femininity, and enlightenment. But as great as Longbourn is for academics, EJ knows it can be a wretched place to find love.

Yet the fall season is young and brimming with surprising possibilities. Jamie’s prospect is Lee Gregory, son of a Hollywood producer and a gentleman so charming he practically sparkles. That leaves EJ with Lee’s arrogant best friend, Will. For Jamie’s sake, EJ must put up with the disagreeable, distressingly handsome, not quite famous TV actor for as long as she can.

What of it? EJ has her eyes on a bigger prize, anyway: launching a spectacular engineering career in the “real world” she’s been hearing so much about. But what happens when all their lives become entwined in ways no one could have predicted–and EJ finds herself drawn to a man who’s not exactly a perfect fit for the future she has planned? 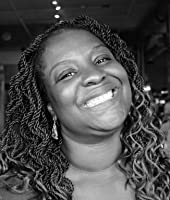 Eden Appiah-Kubi fell in love with classic novels in fourth grade when her mom read her Jane Eyre, chapter by chapter, as a bedtime story. She’s an alumna of a small New England university with a weird mascot (Go Jumbos!) and a former Peace Corps volunteer. Eden developed her fiction writing through years spent in a small Washington, DC, critique group. Today she works as a librarian and lives in the DC suburbs with her husband and hilarious daughter.